How To Invent The Best Board Game In The World

The active player selects one of these storyboard cards and gives some sort of hint as to what the pictograph relates to them, and hopefully at least 1 other player. The other players then submit cards from their own hand that they feel best represents the clue given. After this players vote on whose card they feel belongs to the active player. There are few games I could name that allow for this sort of game play. To play Dixit, the players all hold a handful of these image cards and take turns as the storyteller. 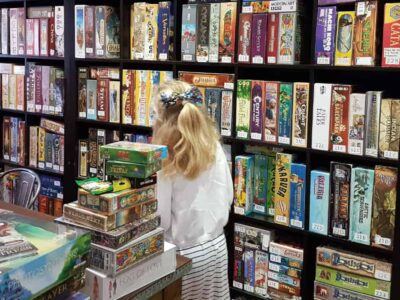 The 17 Most Popular Board Games For Adults In 2022

This was certainly the case for Teuber who was originally a dental technician in Germany who designed games for fun and stress relief from work. Teuber is now a board game superstar and is considered royalty when he attends gaming conventions. The reason why Teuber and Catan struck such an important chord in the world of board games, is they revealed an appetite for games that moved outside of the standard set-ups and rules of the time. Catan showed that board games could be a little more involved, and people were very hungry for it. But there’s a small group of independent board games designers who are ushering in a new golden age of board games, which are gaining exposure and popularity thanks to the internet.