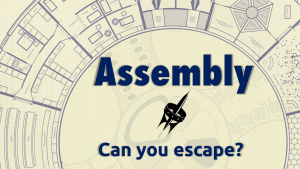 I’ve seen this game go from pen and paper to the, what I believe will be a successful 1-2 player game about assembling luxury spaceships. With the excitement of Tesla and his space rockets, it’s almost fitting that this game, designed by Janice and Stu of Wren Games is coming out now.

This game lasts between 10-20 minutes so this is a good game to start the evening off, a boardgames starter before you get into Twilight Imperium or Pandemic Legacy games.

You can play this game using hand gestures – I’m tempted to learn the British Sign Language for the commands of Draw, Rotate, Swap and Lock.

For those, that are at the UK Games Expo, visit Wren Games in Hall 2, Stand A-33

If not, then you have various options. 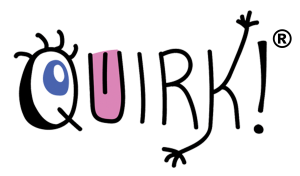 I’ll be honest, when it comes to social games, I’m very lukewarm with these sort of games. The people that I play with have to be in the correct mindset to play these. If it’s too silly, then we tend to be put off this theme.

However, when I received this game, I was very surprised. I thought that I would hate this game, trying to make sounds to describe a card would make us self conscious and a little bit stupid.

I shouldn’t have been worried, from the moment I opened the pack, this game had me laughing and bonding with the kids. This game reminds me of a cross between Charades and Go Fish. Trying to get a set of three similar cards isn’t as easy as it looks when you have to either say what you want or even worse, make a sound that represents the picture on the card.

For a game that is simple in nature, there are some tactics involved which as the game goes on, you do have to figure out what your opponent has and how to stop them from winning the game.

This is a cracking social game that is quick to play and easy to understand. That means that anyone can pick this up and play. There is a reason why this game has been nominated for so many awards.

So if you want to have fun this evening and have a nice way to unwind, then visit Emmerse Studios in Hall 1 Stand C9 and have lots of fun. 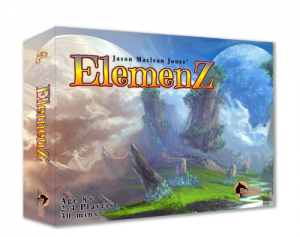 I gushed about this game before for 2017 UKGE and I’m going to do it again. It plays smoothly and it has two modes of play that really differ from each other that it feels like you are getting two games in one.

I’m just going to say it – This game iooks good. The artwork is divine and the dice..man, the dice are just gorgeous. Each faction gets their own custom coloured dice. Did I mention how nice the dice were?

It’s a push your luck game that is easy to learn and offers choices and tactical flair. Visit Bad Cat Games and have a look at this fun and beautiful game. 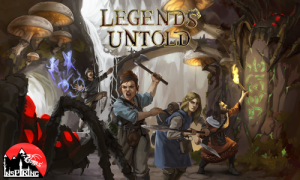 I had a chance to play this at a point in the past and I’ve always had a passion for RPGs going back to such classics as NeverWinter nights, Bladuers Gate, The Ultima series, so the chance to recreate that in a card game appeals to me. You have a choice of characters that all have various strengths and weaknesses. As you play, it really feels like you are the character, you have to consider your payload, the direction you take and how you level up.

Legends Untold is a co-operative card based adventure game for 1-8 players(4 players in the basic box, more with the expansion).

Intelligent game mechanics that rely on the Party working together to overcome foes, traps, Obstacles, barriers, NPCs and more. Build your Hero your way from a wide choice of Talents, Weapons, Outfits and Kit. Scout the depths of the Caves (with more environments to come!), building a map between locations as you uncover the threats within.

At no point during the game, do you feel like you’re just playing a card game. For me (at least), it’s very immersive. 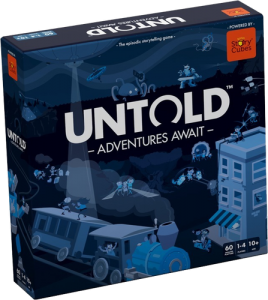 This is a game that is driven by Rory’s Story Cubes. As my kids are currently in a stage school, this seems like a great game to help them be creative in their skills to come up and react to changing scenarios. I know that if I did get this game, then I would definitely show it to the teachers and see what they thought about it.

Other games/people that sound interesting