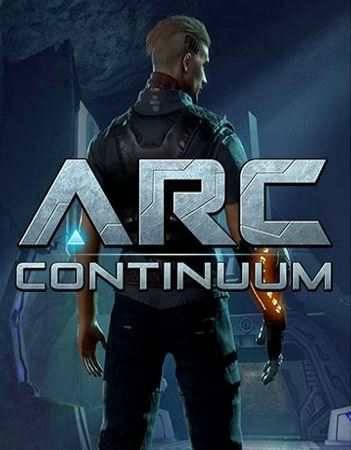 When you think of time manipulation games, you think of TimeShift, Life is Strange, Dishonoured, Prince of Persia and of course, Legend Of Zelda: Ocarina Of Time. Some games implement the mechanic well, others not so much.

I got contacted by Akimbo Creations to have a look at their version of a time manipulation game called Arc Continuum. Akimbo Creations are a Canadian based Indie developer that are based out of Vancouver and this is their take on this particular trope.

ARC Continuum is a third person action/adventure game set in an exciting new Sci-Fi world. Wield the power of the ARC, a device capable of manipulating time and the key to saving your planet from galactic conquest. ARC Continuum features single player story mode with the option of playing with alternate versions of yourself in multiplayer co-op.

They are currently on KickStarter – Started Monday 12th September and they are looking for $100,000 dollars *evil laugh* to make their vision become a reality.

I had a look at it last night and my initial thoughts are as follows:
Gameplay Video
Thoughts
The implementation of powers seems to done well, you can see how they could potentially be combined together to progress through the levels. In the press version, the powers available to me were:
At first, it was confusing to know what each of the icons meant despite having the power wheel. Once I knew how to select the two powers I wanted for the quick access, it started to sink in. However, I think just a little text for the selection will help the player usability. Overall, I think the powers will make for some interesting combos and it’ll be good to see how other people play.
The music that I heard on the loading screen sounded so familiar that I wouldn’t be amiss if it was in the charts, it had that high quality feel to it.
I think this will do well and I hope that they make their project a reality. I have a feeling that certain elements need refining (in my case, it’s about selecting powers, using them to close down an enemy or transverse the landscape with ease without having to look at the controller – However, I think that’s more about me as a player than an element with the game). You also have to accept that I’m a Quality Assurance Engineer by trade so I’m going to have a bias and I’m always looking on how to make things better for the end user. Having a dialogue and a look at this early version is always interesting to me.
Look for my Let’s Play in the next couple of days!

ARC Continuum entered Steam Greenlight in September 2015 and was approved within a week. Since then we have made immense progress and fine-tuned the gameplay mechanics, the artwork and we are very excited as we move closer to release.

ARC Continuum will also be the first game to use our proprietary Fault Tolerant Distributed Networking System (P2P) that will revolutionize the multiplayer gaming industry with its real time cheat detection and massively reduced cost on server operators.

Akimbo Creations was founded in February 2015 by Behrouz Poutschi. Since then the studio has evolved into a power horse of talent and creativity. We have built a team of passionate individuals who are dedicated to pushing the boundaries of indie gaming and technology. The studio is nestled between the mountains of Vancouver, Canada.

At Akimbo Creations, we are constantly trying to innovate and push ourselves to deliver the highest quality indie games that set the industry benchmark.