With only 3 days to go until the UK Games Expo, here is another press release for Playmore Games, a company that plans to change the way players learn the rules to those hard to understand board games. Will it replace boardgame experts such as Paul Grogan from Gaming Rules Videos or Rodney Smith from Watch it Played? Who knows, I’ll will visit them at A9 at the UK Games Expo and bring you my thoughts. 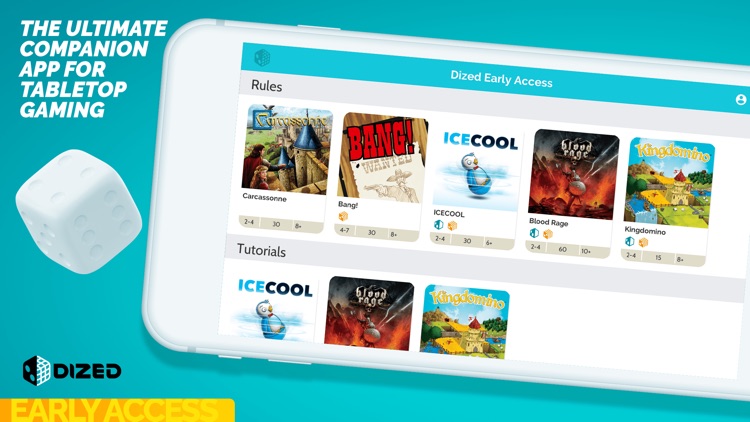 Dized is an effortless way to learn board games

As the world of board games is expanding and becoming more versatile, one element hasn’t changed with the times ­ the rulebook. To tackle this issue the Finnish publisher Playmore Games is releasing Dized, a smart device application that will be the friend at the table teaching you how to play board games.

Dized is an interactive tutorial app for board games, and with it players can start playing the games immediately out of the box. The tutorial keeps track of what the players have learned and teaches only relevant information. It also answers any questions players might have about the game.

“I personally can’t think of a more important concept for the board gaming industry right now. We’ve been planning Dized for two years now and gotten into full speed with the development this year. We have a dedicated software studio building the application and we’ve recruited several new team members for the project”, explains the CEO Jouni Jussila.

Players will have the chance to see the application for the first time at the UK Games Expo in Birmingham in the first week of June. This preview version is built to host one board game, with more games to follow later on.

Dized will be crowdfunded later this year with the aim to develop the tools further so that any developers and publishers can build their own interactive tutorials.

“Our goal is that in a few years the library of tutorials in Dized will be so vast, that no matter which game you pick from your shelf, you can just skip the manual and start playing immediately. Just like in video games, in the future you will not need to read a manual to start playing”, tells product manager Anna Lapinsh.

Players can try out the tutorials on their own iOS and Android devices later this year as a demo version will be released before Gen Con in August.

Playmore Games invites everyone to come check out Dized at booth A9 at the UK Games Expo to see the next board game revolution begin.