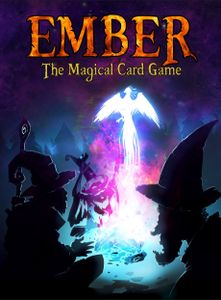 Midnight at the Arcane Academy, yet the apprentice wizards are far from their beds; they have slipped away into the woods under cover of darkness to a campfire. Huddled around the flames, the young wizards play a game. Someone has stolen a mote of elemental flame from the Artificer’s Vault, which the wizards will set into the moon-drenched sky and cast spells on. Whoever Conjures the mote into the most powerful mythical creature is the winner. This is Ember.

Ember: The Magical Card Game is a set collection card game where you as a player are summoning creatures to do your bidding. To win, you have to be adept at summoning a number of creatures. Whomever does this is the winner. This game has been designed by Stuart Garside and published by District 31 games. It is launching on March 16th at Noon GMT. Link has been provided at the top and bottom of this review.

I’ve always been a sucker for fantasy art since the days of Steve Jackson and Ian Livingstone ‘Choose your own adventure’ books. I enjoy looking through the White Wolf role-playing books and soaking in the text and the artwork. You can bet your bottom dollar that I’ll be visiting artists at the UK Games Expo to admire their work. So when I opened up the package that contained Ember, I couldn’t help but be impressed by the artwork. Considering that the majority of the card real estate is the artwork, you have to commend the artist for a job well done. The wizard cards are just as impressive, a little dark but it fits the theme of wizards conjuring mystical creatures by moonlight.

There are thirteen wizard cards each per element (Earth, Fire, Air and Water). There are 3 Archmages that can be used as wildcards, or to revive a creature that has expended its power. Think of it like a joker and you get the idea. These character cards make up the Draw deck/Discard Pile (aka Charred Pile).

Summoning creatures in the dead of night, all gathered around a mystical camp fire is never an easy task.

The creature pool is the game area where the creatures to be summoned are placed. They are placed next to each other from 1 through to 12. Each creature has a victory point associated with it (e.g. A unicorn has 13 Victory Points), they also have the method of how the wizard summons the creature to do their bidding.

We played the casual mode where the discarded cards are reshuffled and put back into play which does extend the game. However, if you are short of time, there is a hardcore mode where the cards that you have used to summon the creatures cannot be used in future plays. This adds another level of strategy, where you have to consider whether you want to save your cards for the higher power points or summon smaller creatures.

With a wave of their hands, the wizards assemble their avatars and with a tap of their wand, an incantation of ‘Izzy Whizzy, let’s get busy”, the mystical creatures start to appear before them, their energies crackling in the air.

In a nutshell, what this means is that each player starts the game with wizard cards in their hand, they get to draw a card and if they have the required set to summon a creature, then they may invoke the summoning and that creature is now under their bidding. They then get to draw up to the card limit and then play moves on to the next player.

The game moves at a reasonable pace and it may be prone to some Analysis Paralysis but that is hugely dependent on whom you play with.

Each creature has a power that is either used up immediately (e.g. Draw an additional card) or has an ongoing effect. I found that it is equally viable to go for a lower creature and use their power than not have any creatures because you were holding out for a high level creature. It is so satisfying as you put down combos that allow you to get the cards you want and ultimately win the game.

Dependent on the game mode, game-play continues until you reach the agreed level of victory points (Casual) or until the draw deck gets to a level that play cannot continue (Hardcore). 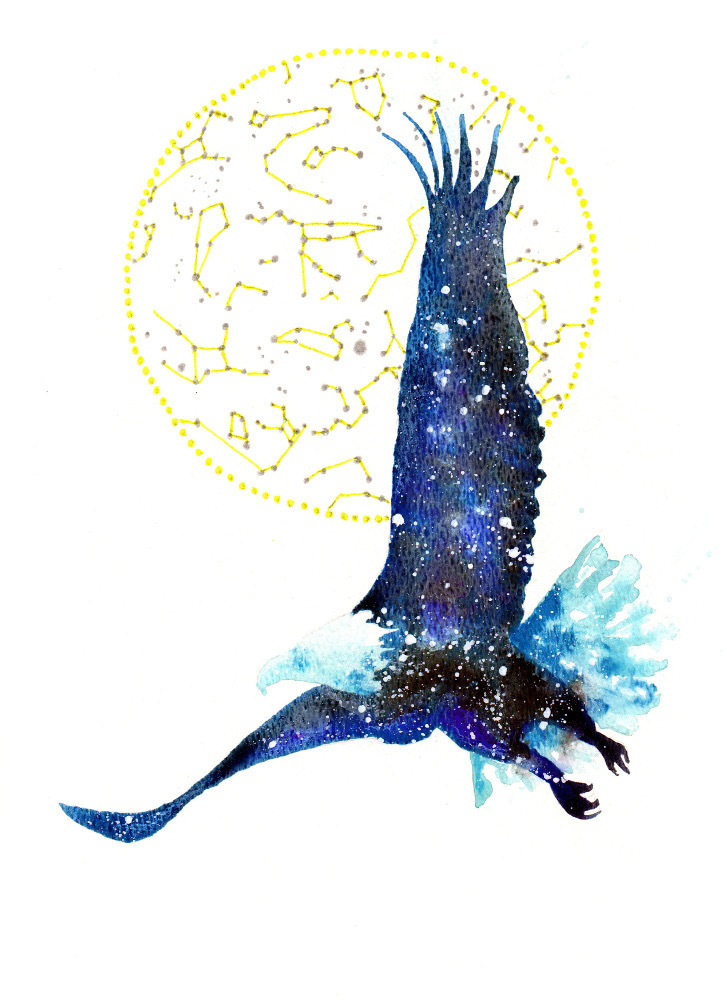 Knowing how to play Rummy is one of the important elements of playing Ember. It helps to pay attention to the discard pile. If they are discarding certain colours or certain numbers (e.g. They never keep the low numbers and always throw away the fire and water cards), then you know that they are trying to get a run of high value of certain elements.

Do you go constantly for the lower creatures and build up your score slowly over time or do you try and get the harder to get combination that will net you the Fire Demon that will allow you to draw from the draw deck or discard pile. Depending on your card draw, the decision is up to you. The clues are there, if you pick up from the discard pile (When you have that option), then your opponent will have a clue to what you need and may try and stop you. If they realise this, then they know what creature you potentially want to summon.

We enjoyed this game, the set up was quick and after the initial read through of the rules, the game is simple to understand. This is a card game where the number of the cards represent the victory points and the suits have been substituted for elements. This is rummy re-themed but that is not a bad thing, it means if players know how to play rummy then they can concentrate on socialising with their fellow players, they can concentrate on the strategy of the game. Do I hold out for that earth 7 card so I can complete my run or do I go for something easier so I can summon a lesser creature. That’s the beauty of the game, there is no need to over complicate it.

The powers add a nice touch and when you get a collection of creatures, you can start to appreciate the combinations that enable your wizard to do powerful feats, you can see that certain cards may have synergy with each other. Is this a poker game with huge amounts of bluffing and deception. No, but it doesn’t try to be, it’s a nice quick game that you can play with your family and yes, it does mean that you have to pay attention to the cards played and discarded but not to the point where you feel like you’ve taken a 3 hour exam.

Although the official text states that it plays best with four or five players, we felt playing as two players did not dampen our experience of the game. We did not feel that a component of the game was missing that could only be experienced with higher player counts.

We enjoyed it and I myself will be backing this kickstarter. It would be a good introduction to card games for my son. Educational point, it will help him understand set collection and hey, he gets to pretend he’s a powerful wizard. My wife is hard to please when it comes to board games, if she doesn’t like a game, she will pull no punches. She wanted to keep on going (“We’ve reached 15 points, want to go for a higher score?”) A great game to play with the family whether it’s games night or on holiday.