Welcome to ‘The Voice of an Angel’ second news bulletin.

This week has been very quiet in terms of game playing. We’ve been playing Pandemic Legacy and we’ve got to the start of May. Bit of a confession, but we had to retcon two months (March and April) because we were playing it hideously wrong that meant that things got out of control way too quickly. We replayed those two months and we did alot better. Nothing much changed and it didn’t ruin any surprises. Unlike January and February, I didn’t film those months so the next video instalment for Pandemic Legacy is going to be May. 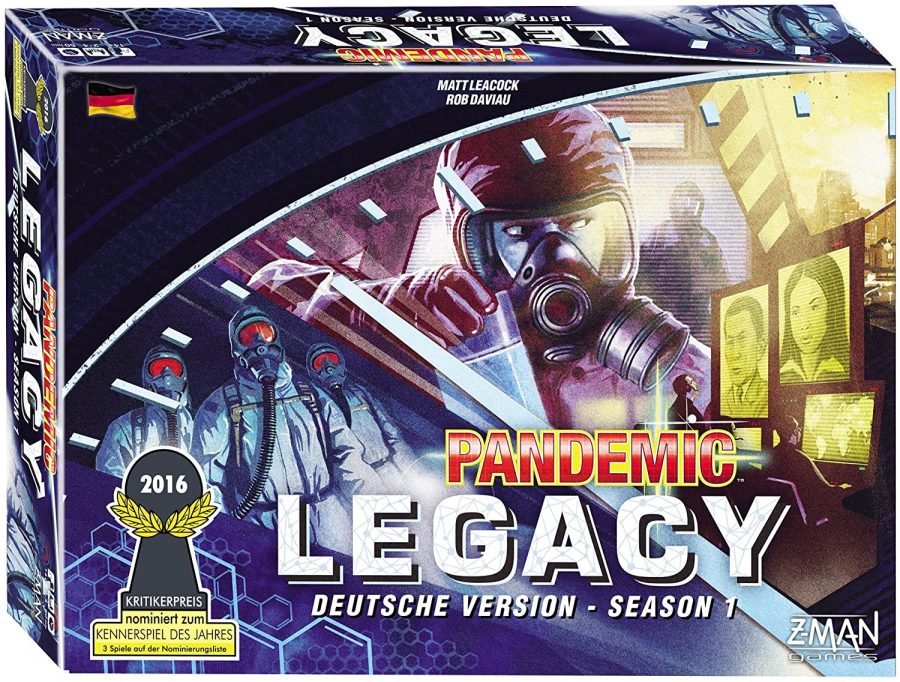 I’ll be sure to put up a review after we finish the game. So far, the story line is good and we are definitely getting our money’s worth out of the game.

When it comes to producing videos for YouTube, it is a learning process. When it comes to views and subscribers, it’s always nice to have more and have people come back to watch your videos, but as a content provider, I want to ensure that I’m putting out the best I can do. So I’ve been purchasing some mini tripods and holders so that it can hold the phones for close ups (I think the term is B-Roll).

Since I do practise photography, I’m going to try and use my white shoot through umbrellas to produce some diffuse soft light so that we don’t get any harsh shadows. Feedback is always welcomed and appreciated. I’m also going to experiment with the sound and see if I can use my desk microphone (Samsung Go) in conjunction with my dSLR to get a crisper sound.

So check out my videos on YouTube and subscribe (using the button in the side panel), you’ll see alot more from Malachi and myself over the next couple of months.

I recently signed up to be a blogger for Wicked Uncle where I had the chance to purchase some products and review them. So for transparency, these are the products that I added up getting.

Story Cubes – A game where you roll the dice and tell stories based on the images that you have rolled.

Space Brainbox – Fun Memory Game by Green Board Game Co. – It’s a nice memory game where the object of the game is to study a card for about 10 seconds, turn over the card, roll the dice and then answer the question based on the dice roll. If you guess right, then you keep the card as a point.

Zombie Playing Cards – Survival Tips – This is your standard deck of cards but each card has a drawing of a zombie and a corresponding survival tip. Handy for those ‘Walking Dead’ moments that crop up from time to time.

So I’ve applied for a Press Pass as I’m going to be at the Expo for the whole weekend. I’m looking forward to it and I have to say that I am nervous about it as I’ve never really done anything like this before. However, ‘Fortune favours the bold‘, so I’m going to be researching the companies and games that are going to be present so that I can present myself in the best light possible.

I am curious as to what the best voice recorder is, I have the set-up for video, I’m thinking of getting a shotgun microphone to attach to the camera for a more focused sound.

What I am doing as part of the preparation is to contact publishers and game designers on the lead up to the Expo, I plan to ask them questions about themselves, the company and the games that they wish to showcase. If you want to be interviewed, then please let me know by contacting me via twitter, email, facebook or the contact form on this website.

Dad’s Gaming Addiction – As a father myself, who hopes to get his son more into games, it’s good to see play X-Wing with his son. It’s a game that I’m still learning and hoping to get better at as I play more. So I enjoy these games that he plays.

Actualol – What can I say, with only a limited amount of YouTube videos, this guy has come out of the gates storming. I found him via Reddit but man, I watch more for the production value and comedy than I do about the games. In fact, I remember more about the characters that he created than I do the game. However, his explanation and presentation is top notch and I recommend subscribing and watching.

Not much news has caught my eye, however, this one event did. Mainly because it’s a showcase of upcoming UK talent when it comes to boardgame content providers.

An event is going to be held on the 24th February 2021 on YouTube, where Paul Grogan from Gaming Rules!, Jon Perkins from Actualol, Jon from Jon Gets Games and hosted by Elaine and Efka from No Pun Included will be live streaming ‘Scythe’ by Stonemaier Games.

So please join the stream and support them.

With so many Kickstarter projects coming out in February, here are some updates:

Nightmare Forest is a Kickstarter project by SolarFlare Games where campers are trying to escape a forest that is overrun by Zombie creatures. There is no second or third place, it’s all or nothing. No love lost for your friends or family. You have to get out at all costs.

I’ve only got the base game in the form of Print and Play which I plan to introduce to my work gaming group. However, a new expansion called Undercover by Overworld Games is currently on Kickstarter. It has 11 days to go and already has doubled its pledge limit of $5,000.